Closing Keynote: A Conversation on Leadership with Pat Harrison and Wes Moore

Keynote
To close out the PMDMC Summer Series, CPB’s Pat Harrison will take the stage with author and social entrepreneur Wes Moore. 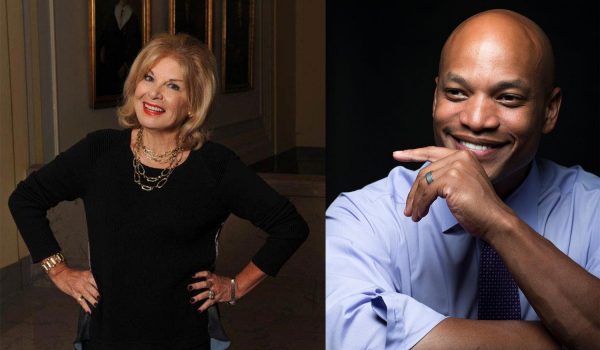 As the longest-serving CPB president and CEO, Pat Harrison has elevated public media’s role in education and journalism and advanced public media in three important areas: digital innovation and acceleration, diversity of content and talent, and dialogue with local communities through public-private partnerships.

Wes Moore, author of the New York Times Best Seller “The Other Wes Moore” and CEO of Robin Hood, one of the largest anti-poverty organizations in the nation. Wes is an advocate for public media. For more than a decade, he has worked with public media projects, including the American Graduate and Veterans Coming Home initiatives, and served as host and executive producer for the PBS special “Coming Back with Wes Moore.”

Pat Harrison is the longest-serving president and chief executive officer of the Corporation for Public Broadcasting (CPB), which serves as the steward of federal funding for more than 1,500 public radio and television stations and producers throughout the country.

During Pat’s tenure, she has advanced public media’s commitment to diversity of content, talent and service. Pat established the first Diversity and Innovation Fund to increase diversity in media production and storytelling, resulting in groundbreaking projects, including programs by award-winning filmmakers Stanley Nelson and Dr. Henry Louis Gates, Jr. It also funded talent programs such as the Next Generation Leadership Program, the Firelight Documentary Lab, and the Jacquie Jones Memorial Scholarship Fund.

In 2008, Pat was honored with the Leadership Award from the White House Initiative on Historically Black Colleges and Universities, and in 2019, CPB was honored by the National Association of Latino Independent Producers with the Lisa Quiroz Media Advancement Award for efforts in fostering the development of Latinx and divers communities in media.

Prior to joining CPB in 2005, Pat served as Assistant Secretary of State for Educational and Cultural Affairs and Acting Under Secretary for Public Diplomacy and Public Affairs. Pat received her B.A. from American University, Washington, DC, and honorary doctorates from the American University of Rome in 2002 and the School of Public Affairs, American University, in 2017. She is a member of the Board of Advisors at the Georgetown Institute for Women, Peace and Security. In 2019, Ms. Harrison was appointed to the voting council for the inaugural Justice Ruth Bader Ginsberg Woman of Leadership Award, which recognizes the achievements of exceptional American women of positive and notable influence on society.

Wes Moore is the CEO of Robin Hood, one of the largest anti-poverty forces in the nation. He is a bestselling author, a combat veteran, and a social entrepreneur.

Wes’ first book, “The Other Wes Moore,” a perennial New York Times bestseller, captured the nation’s attention on the fine line between success and failure in our communities and in ourselves. That story has been optioned by executive producer Oprah Winfrey and HBO to be made into a movie. He is also the author of the bestselling books “The Work,” “Discovering Wes Moore,” and “This Way Home.”

Wes grew up in Baltimore and the Bronx, where he was raised by a single mom. Despite childhood challenges, he graduated Phi Theta Kappa from Valley Forge Military College in 1998 and Phi Beta Kappa from Johns Hopkins University in 2001. He earned an MLitt in International Relations from Oxford University as a Rhodes Scholar in 2004. Wes then served as a captain and paratrooper with the U.S. Army’s 82nd Airborne, including a combat deployment to Afghanistan. He later served as a White House Fellow to Secretary of State Condoleezza Rice.

Before becoming CEO at Robin Hood, Wes was the founder and CEO at BridgeEdU, an innovative tech platform addressing the college completion and job placement crisis. BridgeEdU reinvents freshman year for underserved students. Wes remains chairman of the board of directors at BridgeEDU. He has also worked in finance as an investment banker with Deutsche Bank in London and with Citigroup in New York.

Wes’ proudest accomplishments are his two children with his wife Dawn.